Those of you who have been reading my updates for some time will recall I did send in a complaint to the Commissioner for Standards regarding several Members of the House of Lords who voted against extra protections for anyone with a Bounce Back Loan.

I put in that complaint as I felt the ones that I named did not resolve any conflict between their personal interests and their private interests, at once, and in the favour of the public interest.

How can they vote against extra protection for people with a Bounce Back Loan when they have shares and other interests in lenders of those loans?

By voting against extra protections I felt they have a major conflict of interest, due to the fact some of them for example had large share holdings in Bounce Back Loan lenders, or other lenders associated with Government backed loans.

You will find the list of those Lords in the section of the website linked in below, and low and bloody behold Lord Agnew who resigned as a Minister for State from HM Treasury just the other day has or had shares in a BBL lender. 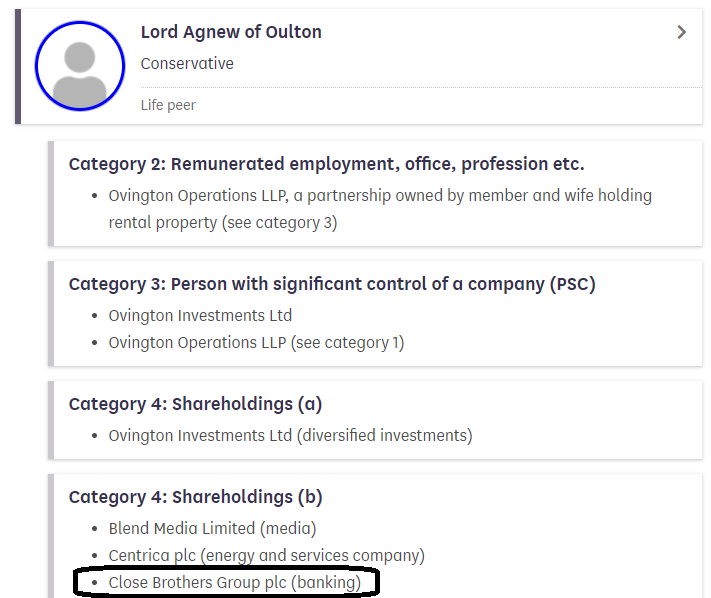 The hypocrisy of the man knows no bounds, boohooing about the BBL lenders blagging the Government Guarantee and as good as fiddling the system when he has shares in one of those lenders, simply amazing.

Members of the House of Lords with Links and/or Financial Interests in CBILS, CLBILS, BBL and Recovery Loan Lenders

If he truly cared so deeply, why didn’t he use his influence to get Close Brothers to open up the BBL scheme to new customers, which all lenders were expected to do, rather than just keep the scheme available to their own customers, which caused so many SMEs long delays in getting a BBL from the few lenders that were offering them and lest we forget some also never got the chance of applying either.

The Commissioner tossed my complaint aside like a used tissue as you can see: 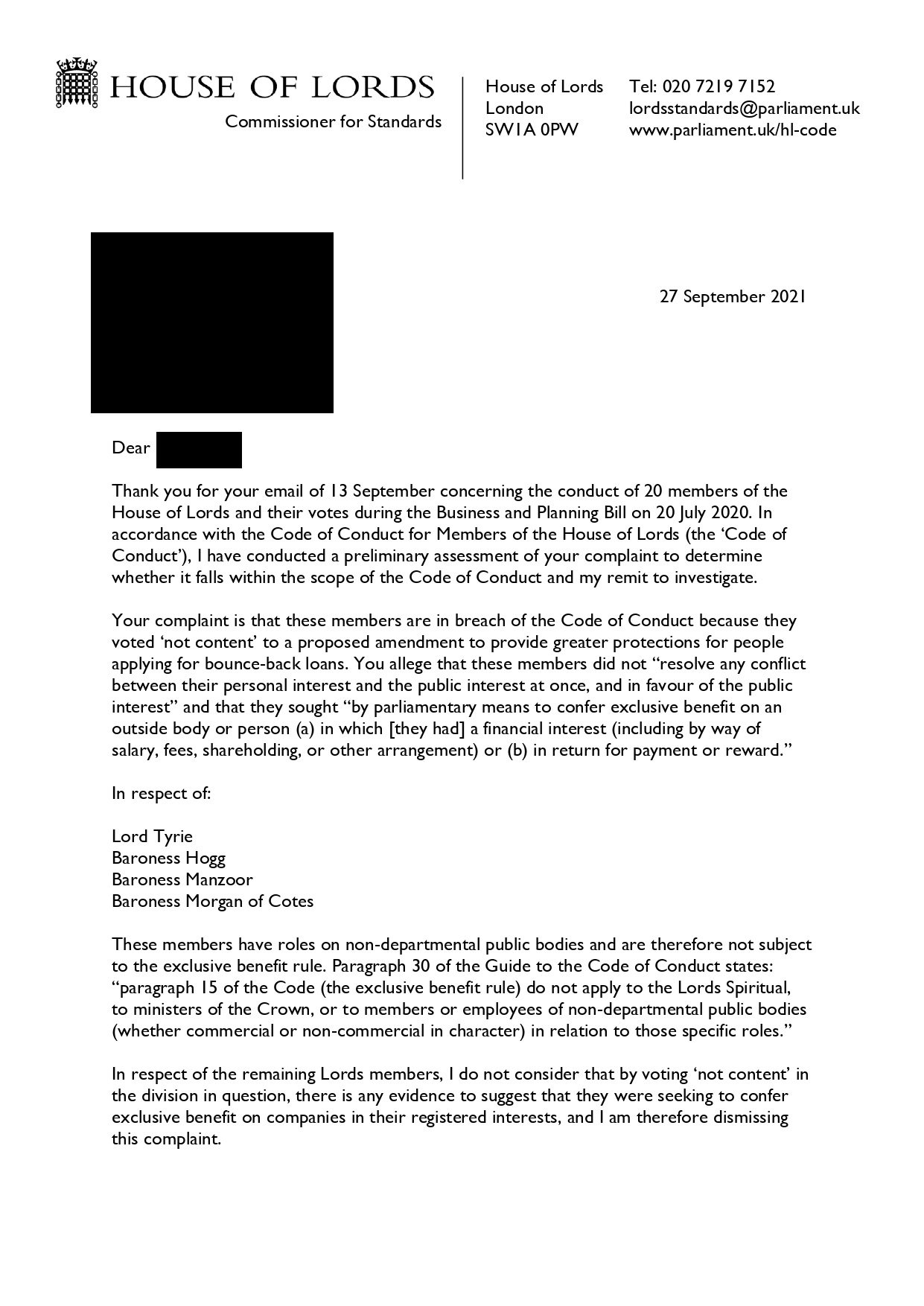