If you have applied for a Bounce Back Loan recently or simply added your name to a “waiting list” with a British Business Bank BBL accredited lender in the hope of your name being called out to have the “honour” of having your application looked at (shocking isn’t it), then there is a very good chance your details are recorded on a database, even if you did not then go on to get approved for one.

In fact, if for example you applied with Metro Bank and was initially approved for a Bounce Back Loan, as many people were only the other day, got paid out that loan but had your account locked and were told you have now been declined, that BBL will be recorded on that database as one you have got, when obviously you haven’t. 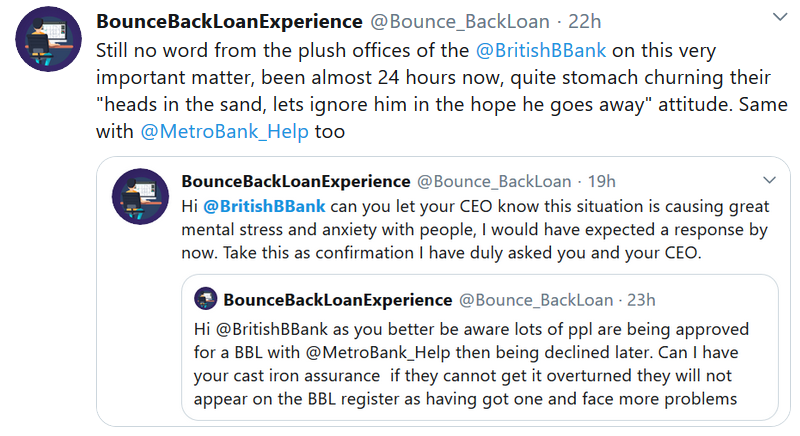 You may also have applied for a feeder account with the likes of HSBC and due to their ongoing BBL application portal technical problems such as not loading up your I.D. documents correctly or even timing out and rejecting your application, you could also be recorded on that register as having applied for a BBL. 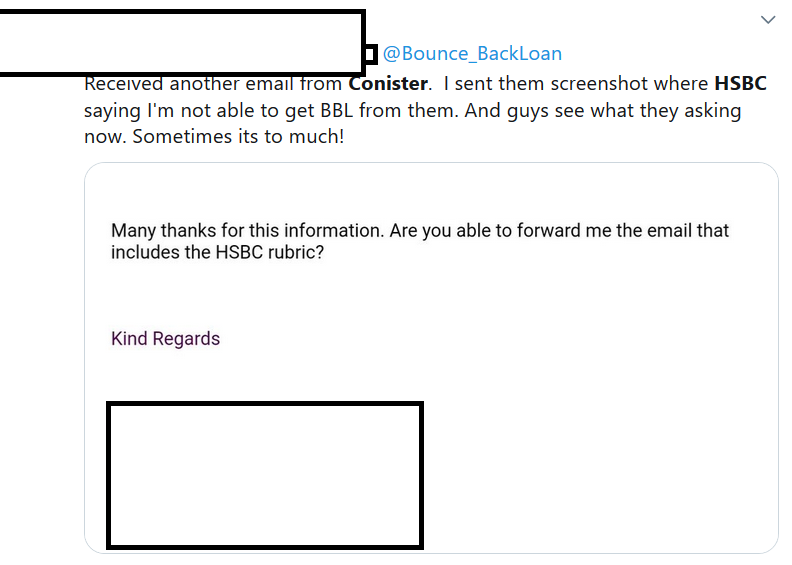 If you then go on to apply for a BBL with another lender, you may get declined with no explanation given, and be left wondering why that is, and boy I have spoken to 1000’s of people that have experienced just that over the last 5 months or so. 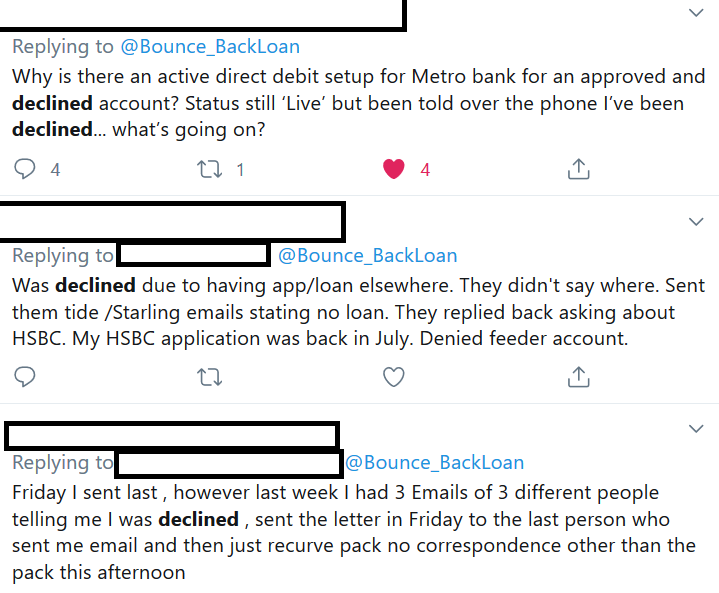 Admission from Conister on “database breach” 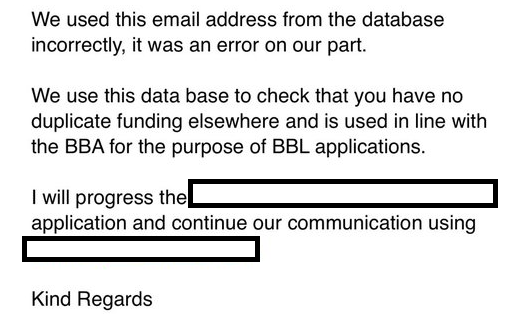 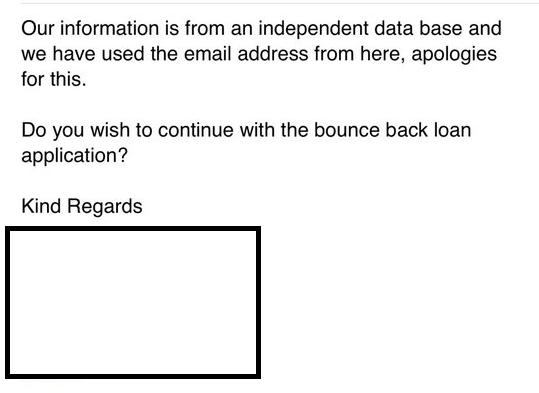 Those of you who may have been on the now defunct and wretched Tide waiting list have probably had a BBL application declined with another lender, I have plenty of proof of that, especially with banks such as Yorkshire Bank and Clydesdale Bank. and that could be due to lenders seeing your details on that database and presuming you have been given a BBL from Tide even when you haven’t, around 70,000 people were on said waiting list apparently and never got a BBL.

For the record people are still being declined even now long after July the 13th for being on the now imaginary Tide waiting list.

Most lenders will just decline you and not tell you why you have been declined, and many people have been in that boat, they are then left confused, dazed and possibly then give up applying with other banks not knowing what is going on or why they have been declined.

In a nutshell, as I have been telling the British Business Bank, the so-called rule marker of the BBL scheme FOR MONTHS that is a problem that needs addressing and putting right, and it is their duty to do so, alas for months they have ignored me.

However, yesterday minutes after I broke the story of the Conister database data breach, they hastily sped into action in an arse covering exercise and published a series of tweets, finally letting people know there is a major problem with the recording of BBL’s, all too late of course.

A masterclass in how to try and pass the blame and cover your arse: 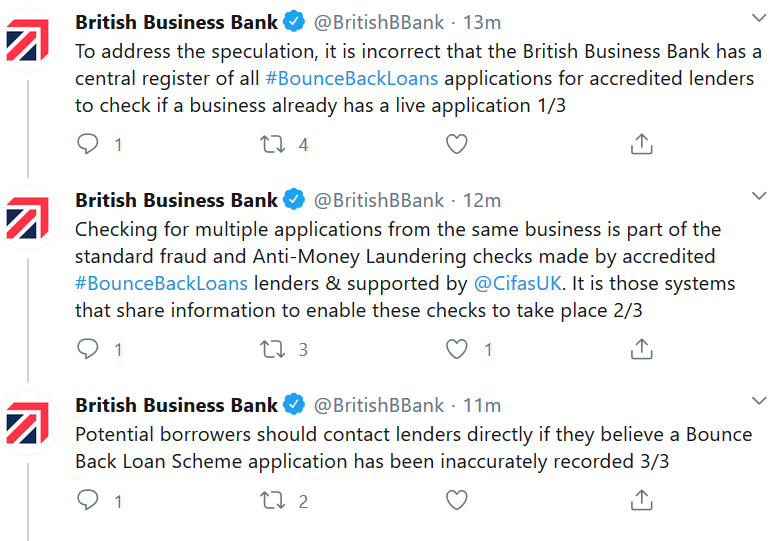 Eagle eyed Twitter uses obviously spotted Cifas retweeting the above, with many coming to their own conclusion on that well timed retweet.

Amazingly, they tell BBL applicants it is up to them to check the database they didn’t know existed and the BBB only admitted to the existence of yesterday, to see if they are incorrectly recorded on it, when most people have no idea what the decline was for as banks don’t tell them.

In fact, I challenge anyone to try and contact a BBL lender, much more so the larger banks and actually get through to someone in the bank who knows about Bounce Back Loans and that problem. You can be on the phone for hours and get cut off or speak to someone who hasn’t got a bloody clue about BBL’s let alone the logging of imaginary ones. Once again I have had 1000’s of you tell me such.

The British Business Bank haven’t a clue what trying to get such information is like, many of my followers do: 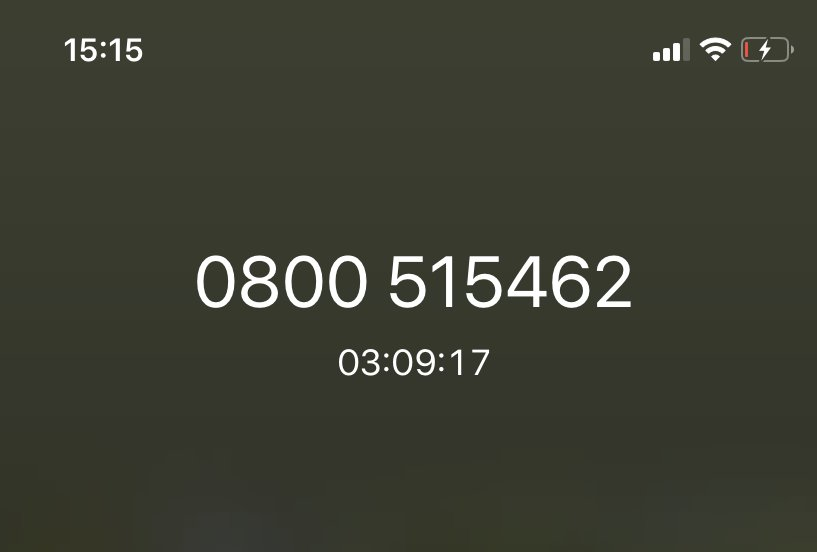 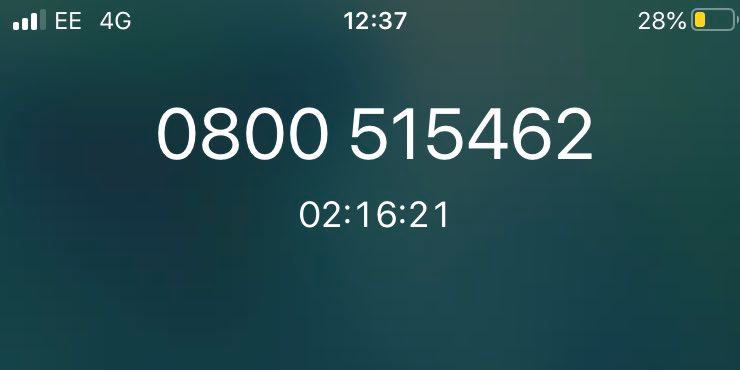 Anyway, a long story short, it appears that Cifas are behind this database that is recording imaginary BBL’s. I will be speaking to them today to find out why people are being recorded as having a BBL when they do not have one (such as for being on a lenders “waiting list” who has no money to lend and claims to not have an active waiting list anymore). 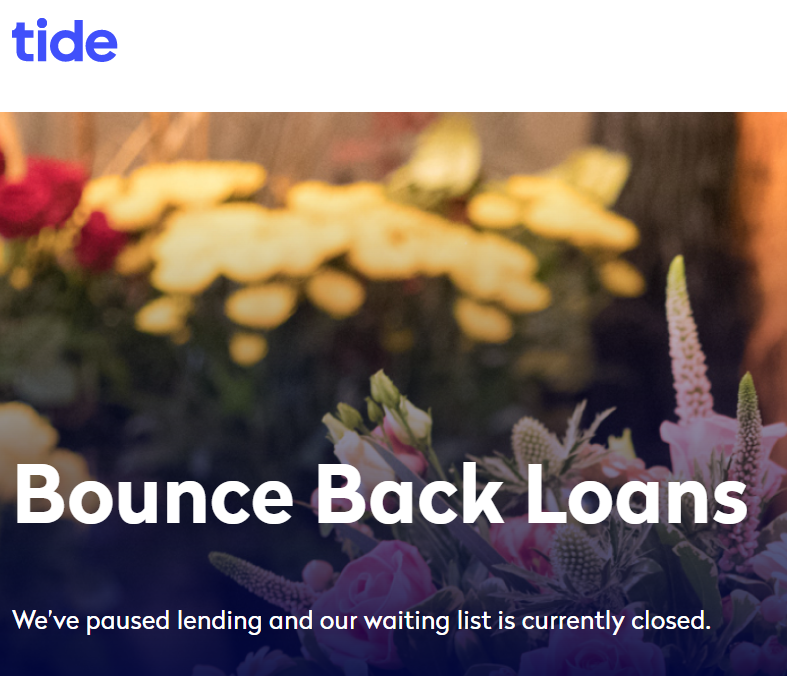 Why they are not clearly being told that is the problem in most cases, and why in the name of all that’s holy are lenders not seeing people being on a “waiting list” as just that and why are they declining people applying for a BBL for being on a waiting list, a waiting list from a lender who has closed that waiting list and hasn’t got a penny to lend out either. (You couldn’t make this up). Plus, I will be asking them a whole host of other questions that need urgent answers.

I will try and get sense out of Cifas later today and will have answers to the many questions you may have about this “imaginary BBL’s” scandal that the powers that be have been aware of and have been told about for months.

It goes without saying if those entrusted by Cifas to access that database and those adding data to it are found to be adding information incorrectly or even just reading that information incorrectly, as is bloody obviously the case, Cifas owe you a full duty of care, they should contact everyone affected, offer to put it right and compensate them in full financially and very, very quickly for delays caused due to a businessman or businesswoman not being able to get a BBL and keep their businesses afloat and operational during this fiasco.

Plus they should of course have told BBL applicants that database is there, how it works and how to correct that database from day one and let them know it is causing problems, rather than leaving applicants having to work it out for themselves.

The UK is watching you now Cifas.

I will report back later…..

I take no pleasure in exposing the above and wish to hereby invoke my whistle-blower protection afforded to me recently by a certain Government department in doing so.