I will be revisiting a real corker today, that being how the British Business Bank use third party companies to handle their Social Media output and make up fake Tweets and other rather dodgy promotional campaigns that do somewhat deceive the unwary.

I have been watching the British Business Bank recently, along with third party companies that they commission and outsource work to.

So, when I saw One Fifty  put out this Tweet, it did make me laugh. 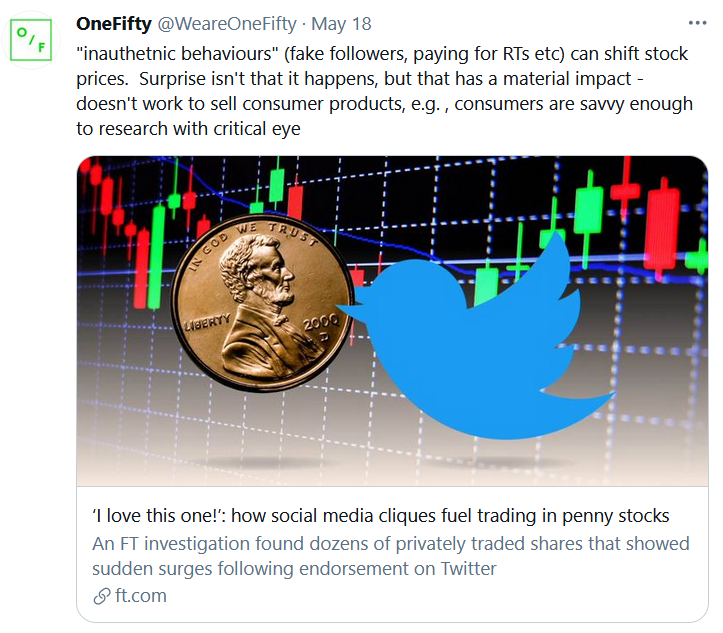 One Fifty Consultancy, as per their website work with the British Business Bank: 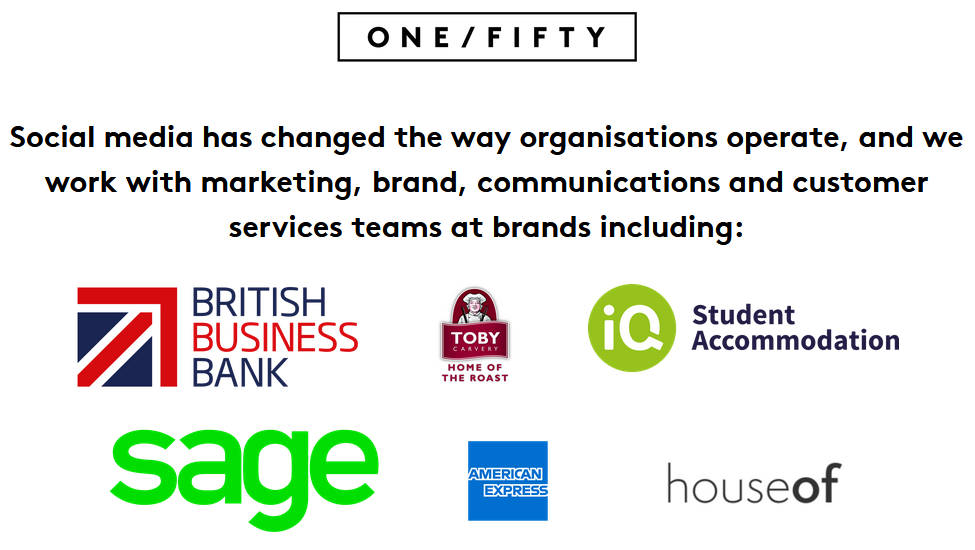 Below is one campaign that does make you ask questions about the ethics of the British Business Bank that I uncovered recently.

I want to take a look at something that is puzzling me, and that dear Reader is the current somewhat bizarre “Small Biz Confessions” campaign that the British Business Bank is running.

Mindless tweet after tweet have been forthcoming from that organisation for quite some time now relating to that campaign, so I have decided to do some sniffing around to see if it is utter bollocks or in fact real.

Keep I mind throughout the following, the British Business Bank is the organisation tasked with overseeing and being the rule maker for the Bounce Back Loan scheme the Recovery Loan Scheme and many other Government backed loan schemes.

Their tweets have not only been somewhat puzzling me but have been doing the heads in of other people too:

Let us look at what I have discovered……

Looking at their dedicated page of that campaign we find the following image: 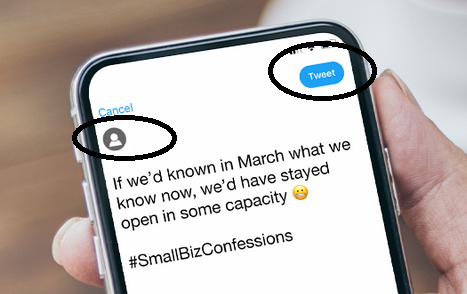 I did search for the hashtag they use and found the following tweet: 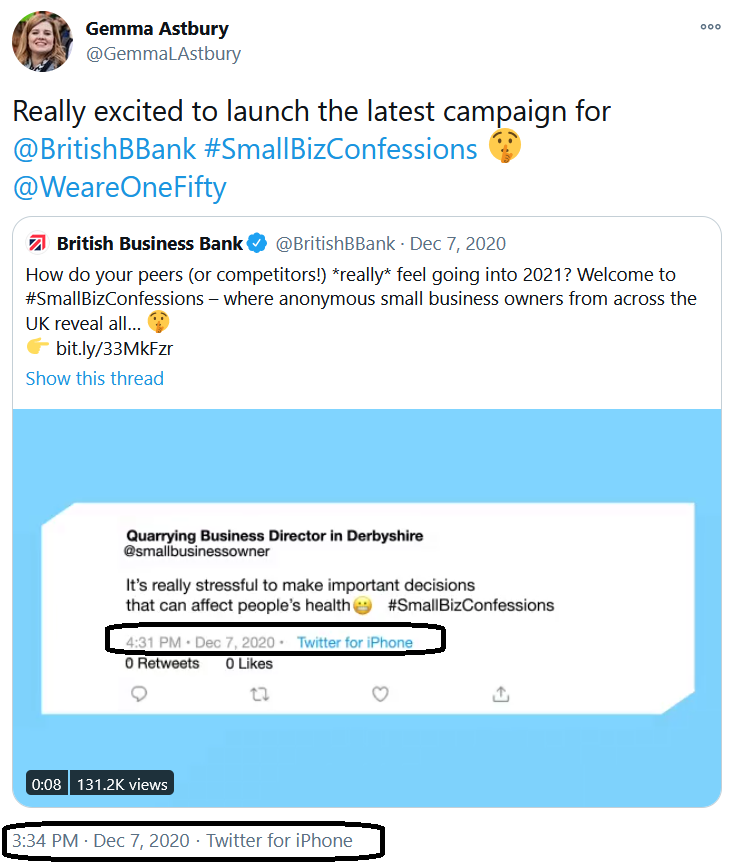 If you look at the actual tweet the British Business Bank sent you will see as per the date stamps their tweet appears to have been sent hours before the supposed tweet from the Small business owner was compiled? 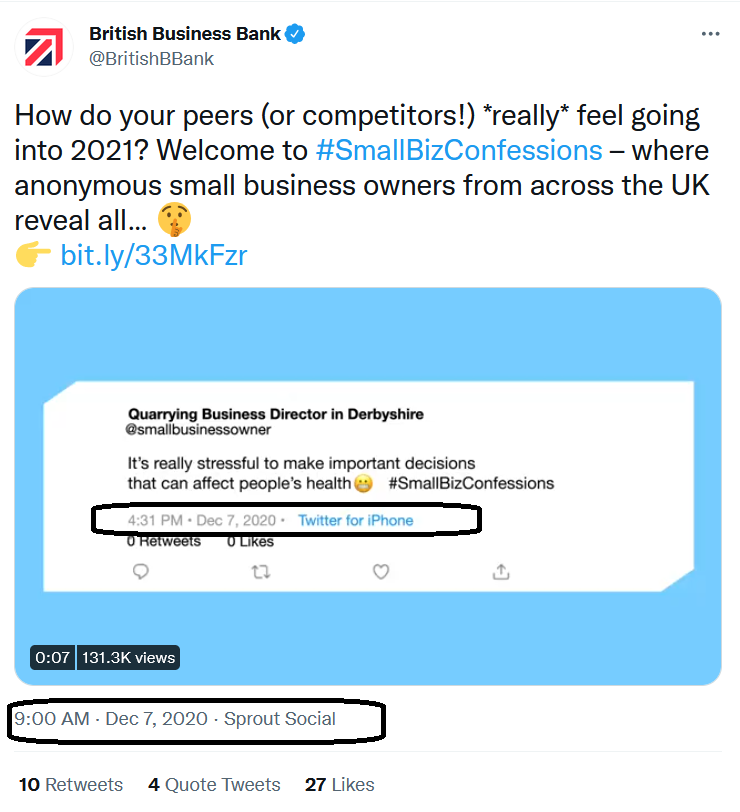 I did tweet the British Business Bank and those mentioned in that tweet to see if they would offer clarification: 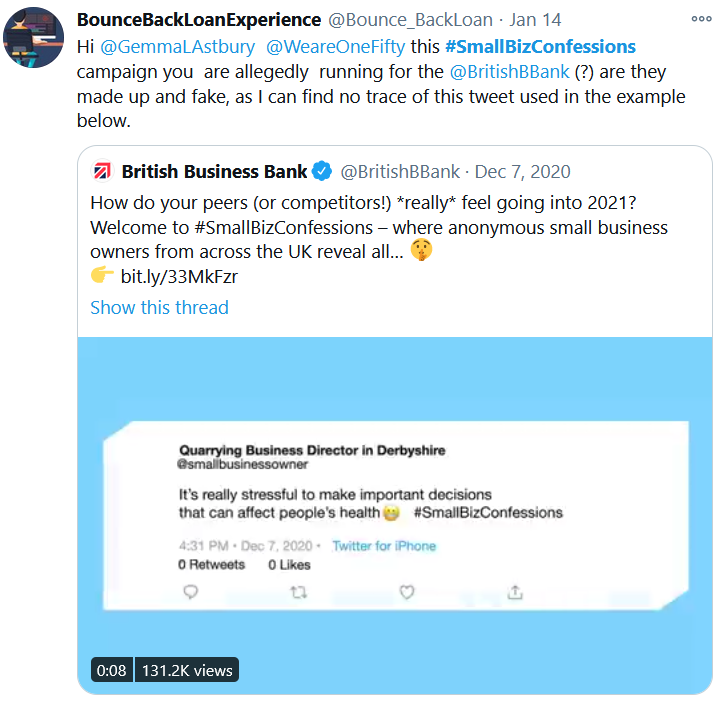 To date I have not received any type of reply. I did try and find a Twitter account associated with @smallbusinessowner but could not find one nor could I find any trace of the tweet used in the above image. 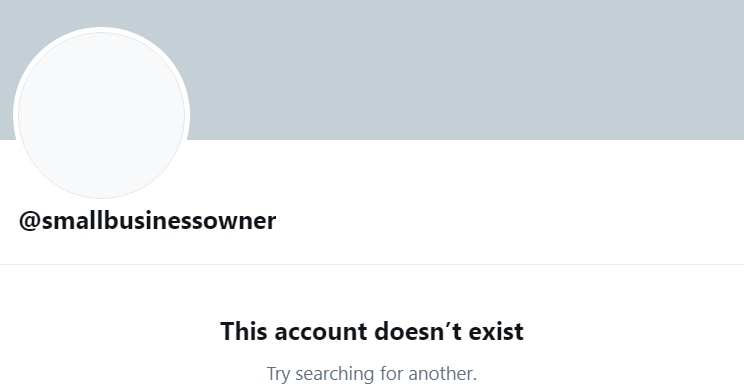 I have in fact been asking the BBL for quite some time about this, and did notice that they have now changed their pretty little gifs to ones that do not give the impression they are from Twitter: 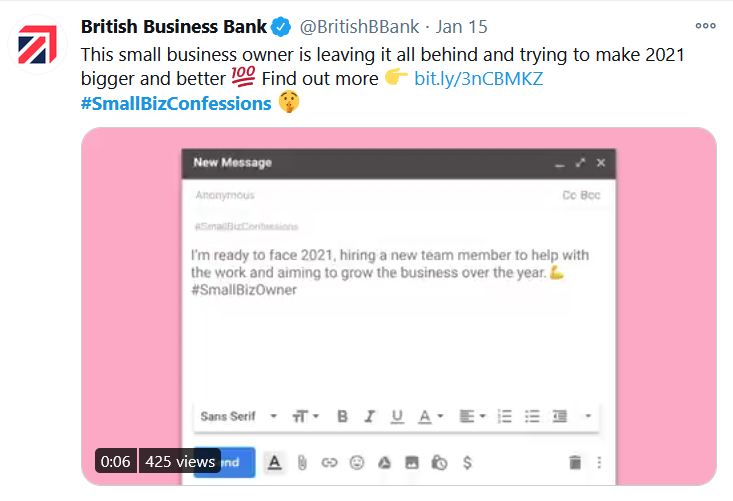 How are they getting these new “confessions”, I cannot find any way of submitting them on their website?

Either way, remember they spent a fair bit of cash on outsourcing their Social Media output, and it is us the taxpayer that is paying for it.

I did ask the British Business Bank how much they wasted, I mean spent on their Social Media presence and was told the following:

“We can confirm for this financial year we have spent £61,557 on our social media presence with external agencies to support our inhouse social media team.”

I did a search for anyone that did use that hashtag, alas two I did find have not yet been used:

Oh and this one: 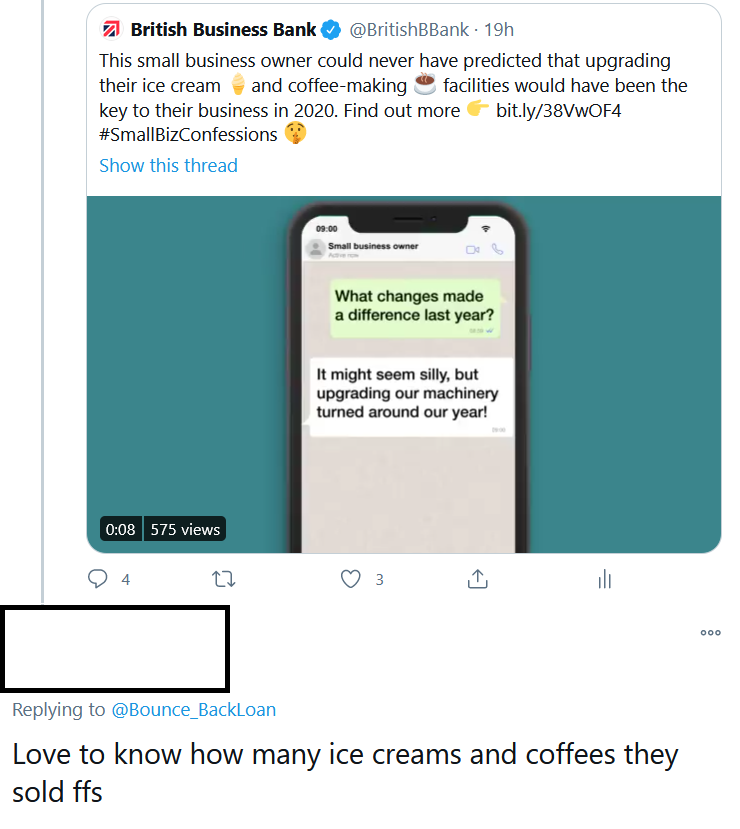 I do have to say that even the banks agree with what I have been saying about the way the British Business Bank operates:

Sheesh………….. It could be said the lunatics have taken over the asylum.