Just when you thought the Government couldn’t get any more messed up, I discover that Kevin Hollinrake has become the new Parliamentary Under Secretary of State at BEIS, the Department of course that is part and parcel of the Bounce Back Loan scheme along with the CBILS scheme and all the other weird and wonderful Government backed loan schemes.

I admit I did choke on my coffee when I discovered that they had given Grant Shapps the job of  Secretary of State for Business, Energy, and Industrial Strategy on the 25th of October 2022, what with his, how can I say this, colourful business history.

Let me enlighten you if you are blissfully unaware of Kevin, he stood up in the Commons Chamber in the Houses of Parliament and stated he took out a Coronavirus Business Interruption Loan (CBILS) he said he didn’t want, didn’t need, and wouldn’t use, keep in mind the interest rates charged for CBILS were way higher than BBLs, but much like the Bounce Back Loan scheme you, the taxpayer, paid the interest on that loan for him.

As for just how big the loan was, well here it is, via the official EU notification of that CBILS: 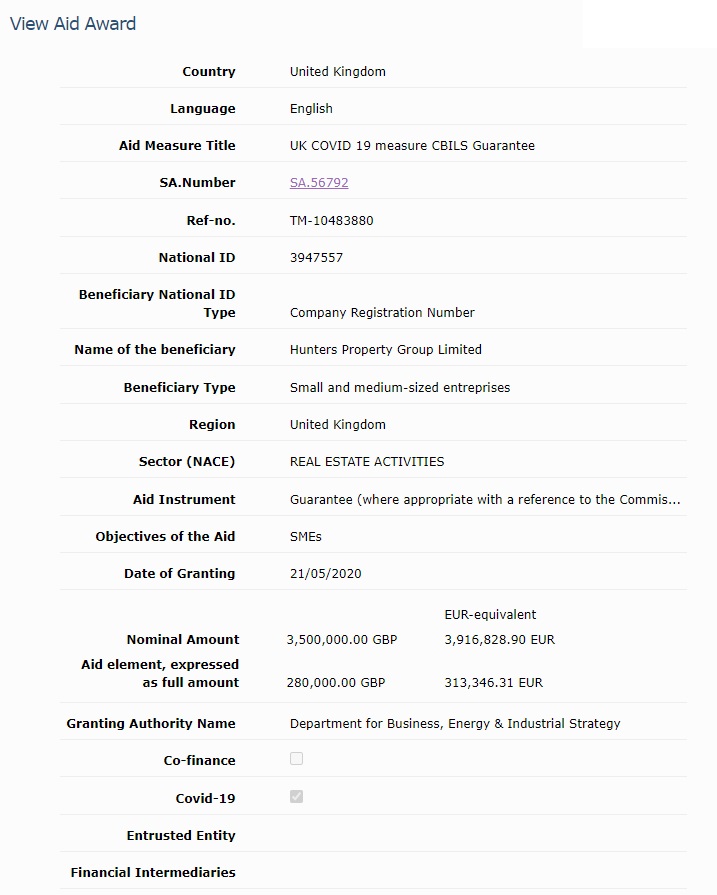 As you can see that loan was worth, according to that document, £3.5 million and the Aid Element is, I believe, the maximum amount of the interest the tax-payer covers.

A second document gives an idea of just how much interest may have been paid by the taxpayer on that loan, as Kevin has said he did pay it back: 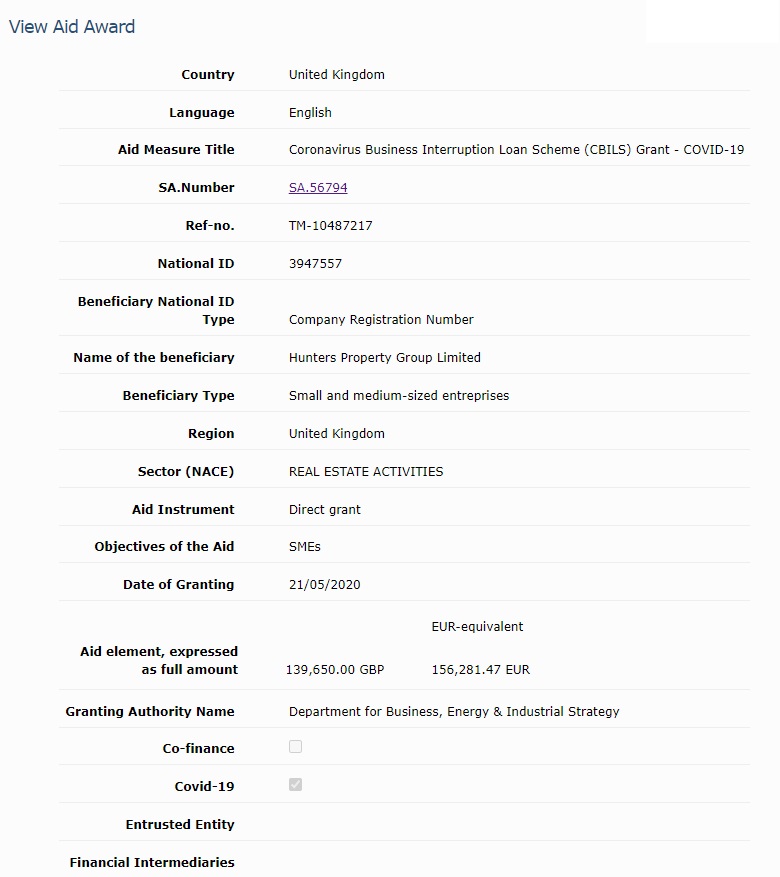 What makes it even more coffee-choking is that he went on to sell the business, so one must wonder if he took out the loan to ensure the business could be sold. He did, he claims, pay the loan back but went very quiet when I ask him repeatedly how much, interest, if any ,the taxpayer paid on that loan, and was it £139,650.00 and even if the loan was £3.5million as the above documents imply.

When I was on Talk Radio on the Julia Hartley Brewer show, she did say:

“But people taking advantage, I actually had people saying to me, you know with my sort of, I got you know, everyone has a company when you do this sort of job and you’re a freelance, why haven’t you taken a loan, well I wasn’t affected I was lucky enough to still be working every day, oh no but you can still apply,  I said but I wouldn’t do that, that would be immoral, even if not illegal, it would  immoral, it’s amazing how many just people thought, there’s some, there’s some free money to be had, free for a year, erm, I’ll take it.”

I have to agree with Julia, people like Kevin Hollinrake acted immorally.

But amazing though it seems, he is now the new Parliamentary Under Secretary of State at BEIS that is part and parcel of the CBILS scheme….

You couldn’t make it up.

Anyway Kevin, when you read this, and by golly gee I know you will, do let me know how much interest if any was paid by taxpayers, and if they did, did you do the right thing and paid that interest back when you sold the company, and if indeed the CBILS was for £3.5million.

Oh, and lest you forget when the SNP suggested Bounce Back Loans should be turned into equity or even grants, Kevin quick a shot said NO and egged the Small Business Minister at the time, Paul Scully on, saying that they shouldn’t be turned into grants as people had squirreled their loan money away, when in reality it was oh so obviously Kevin and his ilk that did just that.

Oh, and lest we forget, Kevin was part of the Commons Treasury Committee who have been bullying the British Business Bank to get everyone with a Bounce Back Loan named on a public register, what a character to have at BEIS. But that is Rishi Sunak and his dubious decisions  I suppose.

The Tribunal to decide whether people with a Bounce Back Loan should be named by the way is starting on November the 28th, the Tribunal Service have confirmed I can watch it live so I will of course be reporting on how it goes.

Always happy to publish your side of the story Kevin. Feel free to let me know if anything isn’t correct and I will put it out there.

Yes, of course you were petal. Pull the other one, its got bells on it. 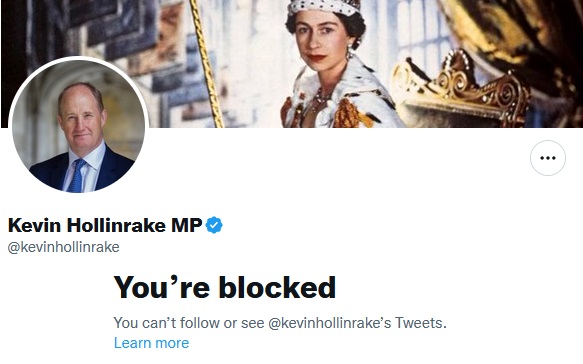