Now that the dust is settling after Rishi Sunak’s speech the other day, it’s time to take a look at what changes are being made to the Bounce Back Loan scheme and whether they offer any solutions to the potential long term problems of that scheme.

However, keep in mind that by announcing those changes, Rishi has proven things can be changed, so keep that thought rattling around your mind, for other changes could be made moving forward, if enough pressure is applied.

Below you will also find my thoughts on a “You’ve Earned It – So Keep It” scheme, that is worth considering, and will give businesses a very well earned reward for having made it through the current very uncertain times by letting them keep their BBL’s as a Grant.

Let us look at the changes announced first:

Extension of the Bounce Back Loan Scheme

The few weeks extension of the Bounce Back Loan scheme until the November 30th, whilst needed could see many people missing out on getting a loan, you need to get those lenders part of the scheme to stop their resistance in opening up their schemes to non-customers, to give everyone still desperate for a BBL the chance to get one, or many will miss out through no fault of their own, that in not fair.

The government will give all businesses that borrowed under the BBL’s the option to repay their loan over a period of up to ten years. This will reduce their average monthly repayments on the loan by almost half.

UK businesses that have taken out a BBL can pause their repayments entirely for up to six months (an option they can use once and only after having made six payments).

Insisting a business must have paid 6 payments is not a good move in my opinion, if a business is struggling through restrictions imposed on them, and boy are lots of them in that position right now, how are they going to afford to pay six payments to take advantage of a payment holiday?

UK businesses that have taken out a BBL will also have the option to move temporarily to interest-only payments for periods of up to six months (an option which they can use up to three times).

You’ve Earned It – So Keep It Scheme 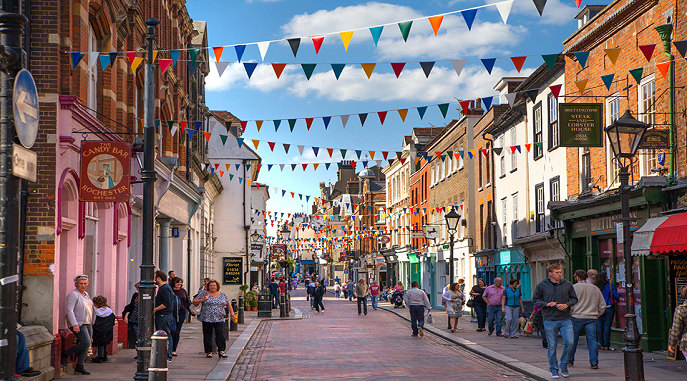 The Eat Out to Help Out scheme was a success, with a huge number of people taking advantage of it and enjoying a cut price meal. The cost of it though was high with reports suggesting some £522 million was been paid out.

How about introducing a “You’ve Earned It – So Keep It Scheme” as part of the Bounce Back Loan scheme?

It is being suggested that in excess of 50% of those awarded a Bounce Back Loan are going to default, well why not offer an incentive to keep those who have had a BBL trading, and letting them know the Government appreciate their efforts during this difficult time, and giving them the peace of mind in knowing by weathering the storm they are not going to be saddled with a huge debt.

That way the banks bag some interest and businesses pay a small modest amount of interest for the latter six months of a two year period, but do not have that loan hanging over them when they have busted a gut keeping their businesses trading, which is going to take some doing with all these restrictions and uncertainty.

Surely that would be a much better and logical option than having the estimated 600,000+ businesses going bust when their loan repayments are due to start?

The long term benefits to the country as a whole in giving an added incentive in keeping as many of the 1.2 million+ businesses that have taken out a BBL going, much more so the estimated 600,000+ of them that are expected to default and go to the wall next year is worth a huge multiple more than the £38 billion that has been paid out as BBL’s so far.

Rishi, you have proven last week you are prepared to make changes to the Bounce Back Loan scheme, so consider doing so again via a You’ve Earned It – So Keep It Scheme, small and medium businesses are at the heart of the economy, do not risk losing hundreds of thousands of them next year.

The banks don’t want to start chasing defaults, in fact they are already looking at ways they can collectively outsource that problem, business owners obviously didn’t have anything to do with the Pandemic but are having to deal with it and the financial costs, rules, restrictions and lock-downs being imposed on them. So do the right thing, £38 billion is a drop in the ocean in the greater scheme of things.