For those of you that are interested, here is a copy of the letter that Lord Agnew sent to the British Business Bank which the latter claim they never got.

But before you see it, here is some background information on that letter from a recent Business, Energy and Industrial Strategy Committee meeting:

Chair: You just said that you asked “them” for the information and “they” refused. Who were “they”?

Lord Agnew: It was the British Business Bank. The most recent letters I wrote were on 16 December. I wrote one to the chair of the British Business Bank and I wrote one to a senior official there. That followed a meeting I had had a month before. I am going to give you these, so you can have them. I hear that recently they are blocking the release of these on FOI, because that is what they do. They have become more and more defensive.

That was a difficult introduction for you guys. Why did the Minister not get an answer to his letter?

Chair: Why was that?

Patrick Magee: It went through the screening system and— 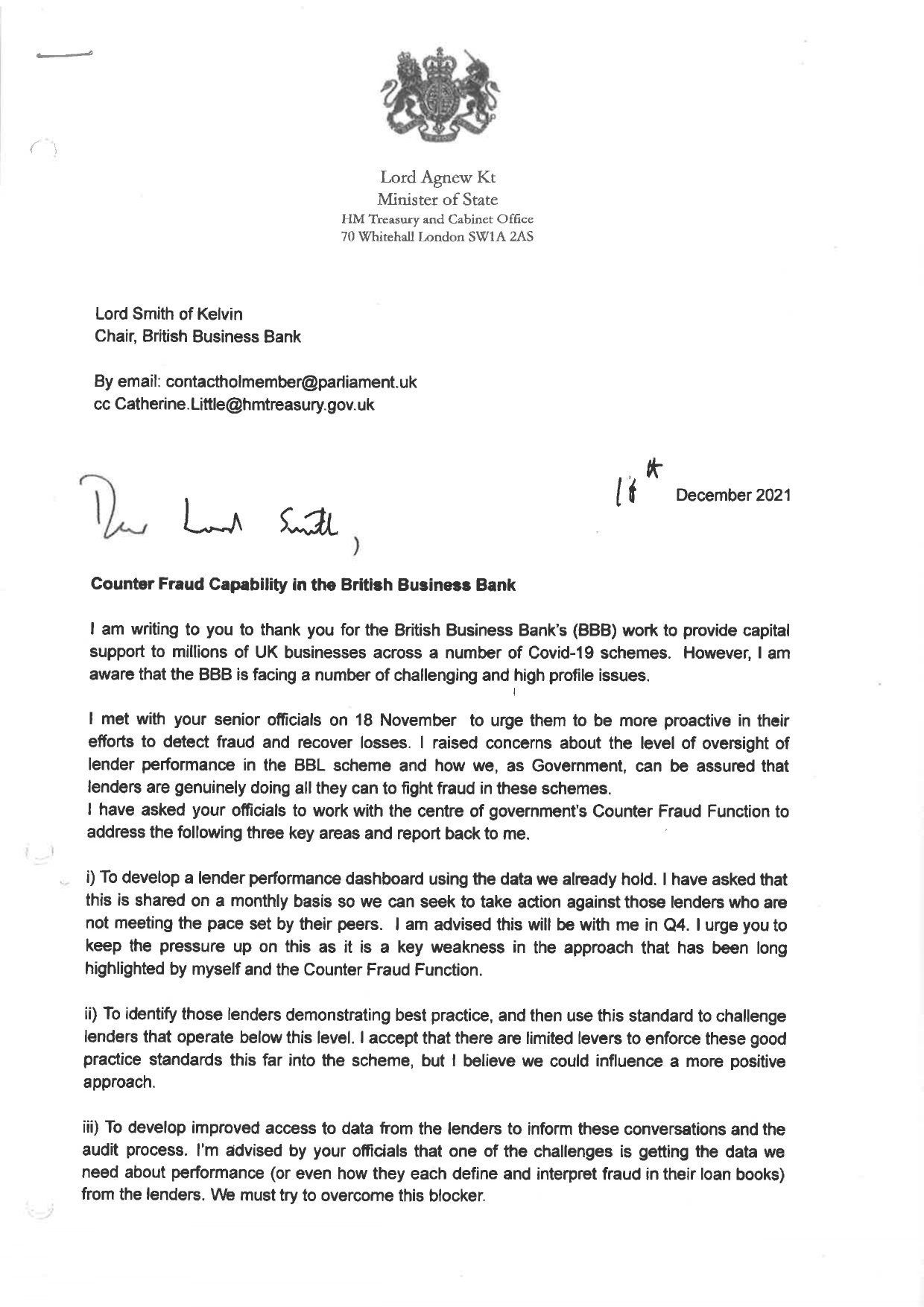 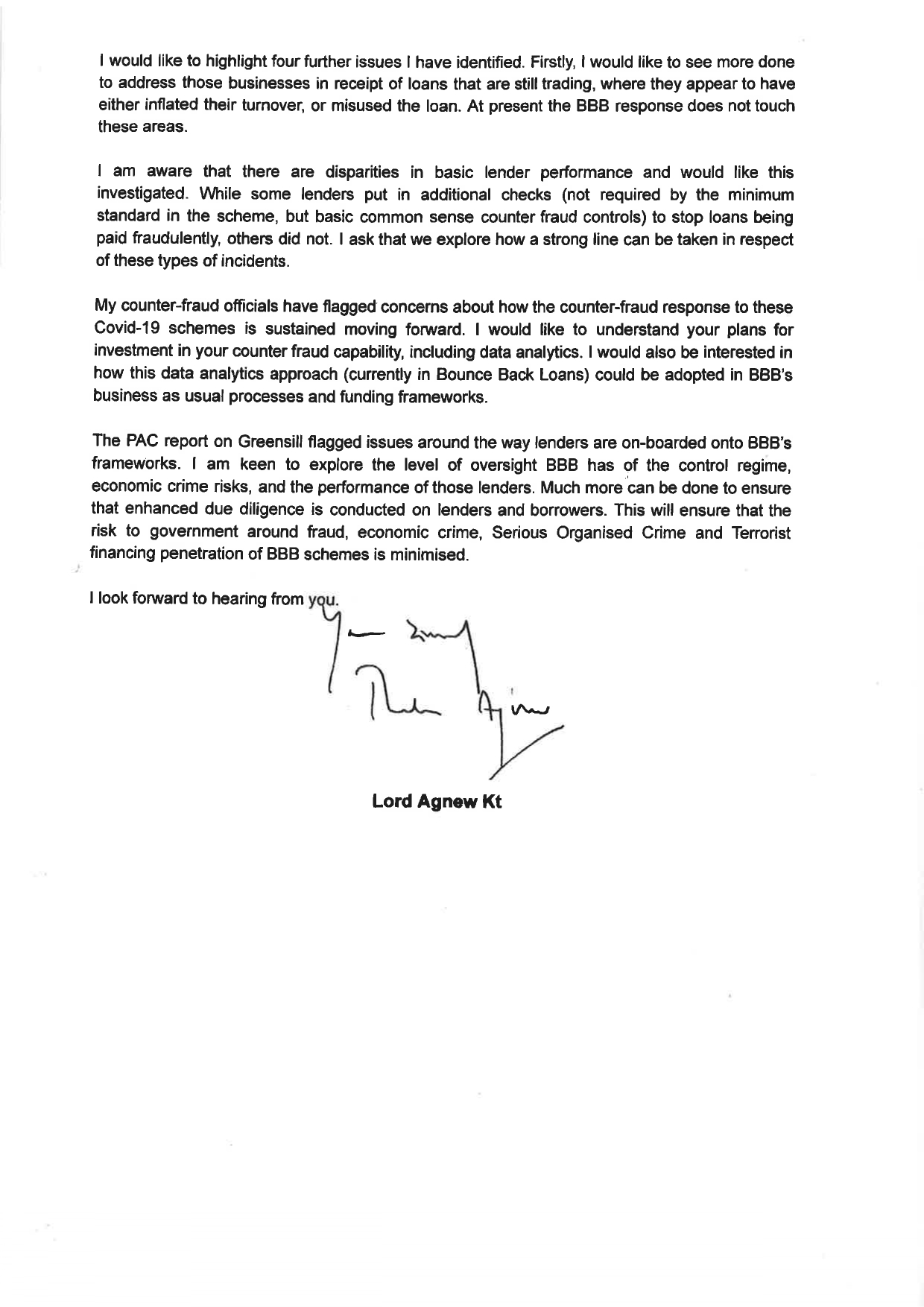