Quick update for those of you that do not follow my Twitter feed, today is the day when the cash to be used for Business Grants will arrive in the bank accounts of all councils as per Rishi Sunak’s promise it would do.

However, due to his warped decision to allow Councils to decide for themselves who gets that cash, as you can imagine, many power crazed lunatics that run many a council, and you will know who they are if you have any at your local council, are playing up to their reputations.

I am getting feedback about some councils saying they have no plans to start even accepting applications never mind paying out Discretionary Business Grants for weeks as they are still working through previous applications from last year.

Some councils are refusing point blank to offer those grants to anyone who is not a business rate payer, whilst some councils are still claiming they have not received the cash off Rishi or are awaiting further guidance on who they will give the grants too and how much.

A handful of Local Councils are pulling out all of the stops to fire out those grants as quickly as they can and have told me they want as many people as possible who qualify for them to get them, now that does make a refreshing change.

Non Business Rate Payers who operate their businesses from home or wherever can get a Discretionary Business Grant if their council agrees to give them out, so the onus is on you to badger them to pay you them out, if they refuse get onto your MP pronto and ask them to battle on your behalf.

A few replies from an assortment of Councils below to give you an idea of the good, bad and ugly ones out there. Many are telling people to email in and when they do they either ignore their emails, keep them waiting for days for a reply or feed them utter nonsense.

So be aware of the stunts and tricks some councils may pull on you. I will post them all up when I get around to it, you wont believe the utter bullishit some councils are coming up with to deny helping small business owners, or maybe you will not be too surprised if you have had the misfortune to have to deal with some councils in the past. 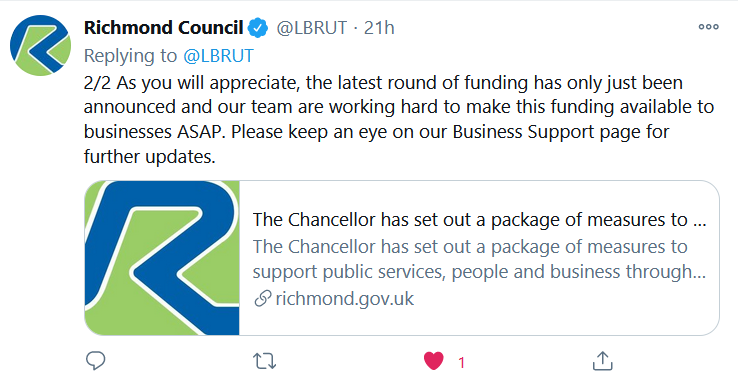 For those repugnant little council staff members and bank bosses who are sticking their fingers up at small business owners this is what your filthy slimy actions are doing to people: 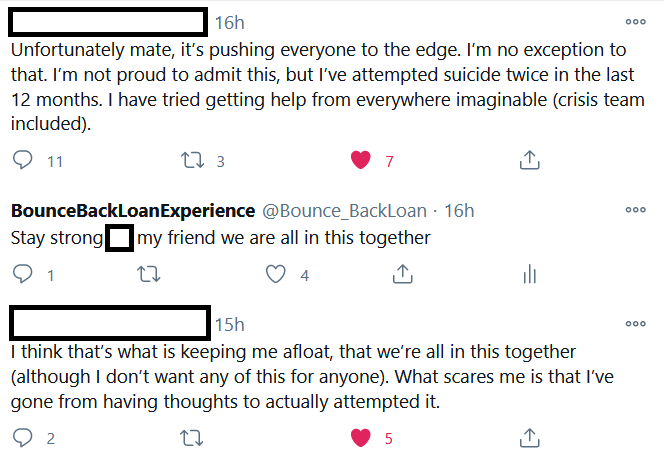 **Thanks to everyone who stepped forward and offered that Tweeter help and support. You, unlike most councils and bank bosses care.